The New Amazing Rom-Com: To All The Boys I’ve Loved Before 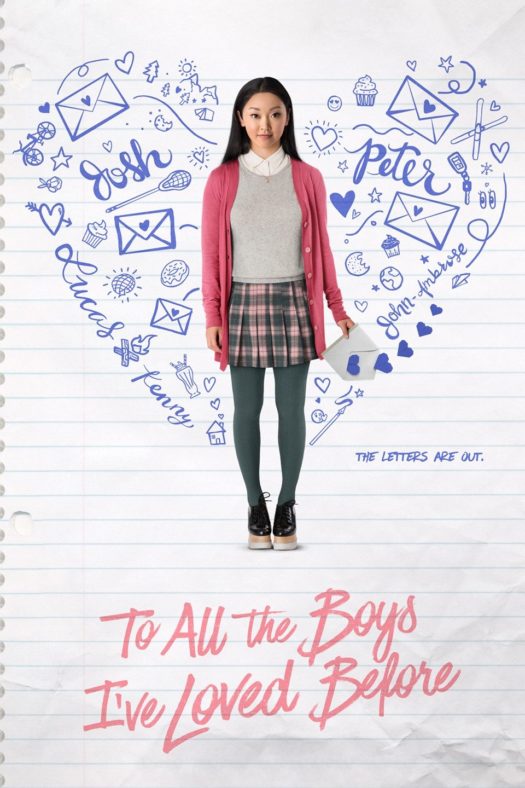 As the school year begins, the weekends are when students usually get free time and therefore would be the perfect time to binge watch their favorite shows and movies.  The new Netflix movie called, “To All the Boys I’ve Loved Before”, a romantic film by Jenny Han, would be enjoyed by a young adult audience, specifically 14 years and older.

The setting takes place in a suburb with a huge school surrounding with big trees and a blue sky which gives out that typical calm atmosphere with everything and everyone being delighted and peaceful.

The film introduces a girl named Lara Jean a typical reticent girl who has had five crushes and when she crushed so hard and had no way to express her own feelings she would write letters to the boys but never gave them away and kept them hidden for years in a detailed blue hat box. Will she end up giving out the letters? Will she ever find love?

The characters involved in this film such as Lara Jean and Noah Centineo provide an amazing love story Lara Jean is the sweet, innocent girl while Noah is characterized as the outgoing jock. Other characters such as Lara Jean’s sisters, Kitty and Margot Covey, play a minor role in the film.

The actors acted well in every scene. Actors King Bach, Noah Centineo, Lana Condor, Janel Parrish and Madeleine Arthur did an amazing job with showing their emotions to make the plot of the story more dramatic. Having emotion in a movie is essential to draw all of the attention towards the plot. Every actor was not afraid of using their real emotions, which in fact made the movie ten times better.

The overall message that “To All the Boys I’ve Loved Before” is trying to say is that to not be scared to confront your feelings to someone you love. Live life and spend time with people you want to be with and if it does not end up the way you wanted then change it. Get to know the person better before committing with someone. Love is in fact one of the strongest elements that us humans we have.

What makes this film interesting is the emotion. The director worked well with the production crew and created a beautiful movie. He chose the right actors and it came out to tell an amazing story about how these two love birds got to know each other.

One of the songs that stuck out to me in this movie was the song called “I Like Me Better” by Lauv because it really helps convey the movies message and it really makes viewers connect with the plot. It is a typical love song and had sound effects of birds chirping

In all words this movie made me cry because of the way it pulled me in. It makes you think even you are the part of the movie. The little moments that Lara and Peter have are the cutest and makes your heart melt. I highly recommend watching this movie. If you are a sucker for romantic or chick flick movies this movie is for you.