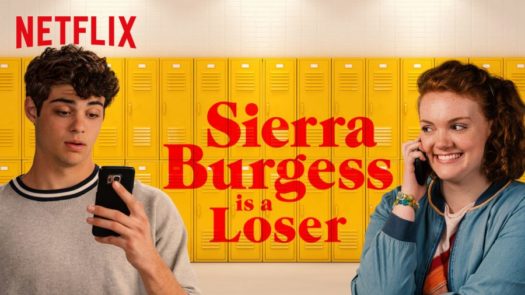 With everyone binge watching their favorite shows and everyone obsessing over romantic films, why not watch the new Netflix movie “Sierra Burgess is a Loser”. The movie “Sierra Burgess is a Loser”, written by Lindsey Beer, follows in a romantic-comedy genre particularly for young adults who are 13 and older. The movie was very enjoyable and includes very funny scenes that make you laugh.

The film is based off a high school setting giving of the high school love story type of mood in the middle of a small suburb community.

Sierra Burgess has always paid attention to her own insecurities, and a girl named Veronica was the popular girl who had always made harsh insults about Sierra. One day a guy named Jamey walked up to Veronica and asked for her number, not interested, Veronica gives Sierra’s number instead. Clearly a case of mistaken identity, will Jamey ever find out who is really behind the screen? Will Sierra end up falling for him?

The star of the movie, Sierra, who can be described as a typical nerd, grew up with a father famous for his literature and loved everything from poems, songs, and even Shakespeare. Alongside with Sierra is her best friend Dan who is hilarious and has a bubbly personality. Finally there is Veronica-the typical popular high school varsity cheerleader who is liked by everyone at school.

The actors played well in the film, but I would’ve liked if there was more emotion coming out of the actors. It wasn’t as good as other romantic comedy movies, and if there was more emotion and more surprising scenes it would’ve been more enjoyable. Moreover, actors Shannon Purser, Noah Centineo, RJ Cyler, and Kristine Froseth all contributed well in doing their roles in this film.

The overall message in “Sierra Burgess is a Loser” is even though one may have many insecurities about oneself, someone along the way will admire those insecurities and love you for who you are on the inside and out.

What made this movie better was that it had its highs and lows, and the audience got see both life perspectives between Sierra and Veronica. The Director chose the right actors, and he told a terrific story about how mistaken identity can turn into unexpected love.
One of the songs that really stuck out was the song called “ Sunflower” by  Shannon Purser, who is the star of this movie, she based her song about her crush ,Jamey, and how it ruined her friendship with Veronica and how she is owning up to her own mistakes.

“Sierra Burgess is a Loser” can relate to some people and accurately portrays how unexpected love is. The scenes where they show the text messages between Sierra and Jamey hits you in the heart. I recommend this film to anyone who loves a good old high school love story.