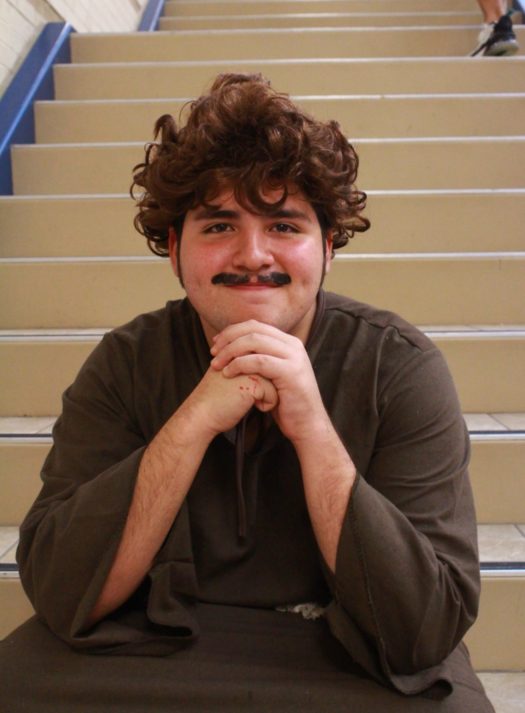 After spending seven hours at school reading, writing, learning and taking assessments; most students take time to relax after school. They watch TV, take a nap, or do any number of activities to destress. However, one student is not done working for his future after the school day ends. Immediately after arriving at home he heads to his garage to begin making music.

This student is sophomore Max Diaz. He diligently works 48 hours a week writing, singing and producing music to showcase on numerous applications. These include popular channels: Itunes, Soundcloud and Spotify.

“I started making music because it was an outlet for me,” said Diaz. “I did not really fit in with anyone and it made me kinda sad or angry, so I picked up a guitar one day and just started learning to make an outlet for myself.”

A few years ago, after being inspired by his father to make music, Diaz decided to pursue a career in this field. Starting out with releasing singles, he worked his way up to an album. He recently released an entire album and plans to endorse it for awhile before, once again, preparing to create and release more music. However, Diaz’ overarching goal for his career is to eventually travel and play in front of large crowds; he hopes that he will one day play his music on tour.

“My goals in the future would have to be to play in front of 300,000 people or more,” said Diaz. “I want to change the world with my music and show people it’s okay to be yourself. It does not matter what you look like, it matters what is on the inside. I want my music to connect with people like that.”

Diaz has numerous famous inspirations, however Kurt Cobian is the artist he wants to channel in his music. Cobain was the lead singer in the popular band, Nirvana. They produced a form of rock music that exploded in popularity in the 1990s. This is similar to the music that Diaz creates. His music is diverse in that it consists of indie style, rock and alternative rock. Overall, his music is inspired by Nirvana and most importantly, Cobain.

“I love his lifestyle and the way he perceived things and what he stood for, he also made amazing music,” said Diaz.