A Project for Better Journalism chapter
The Nestline
Fall, Sports 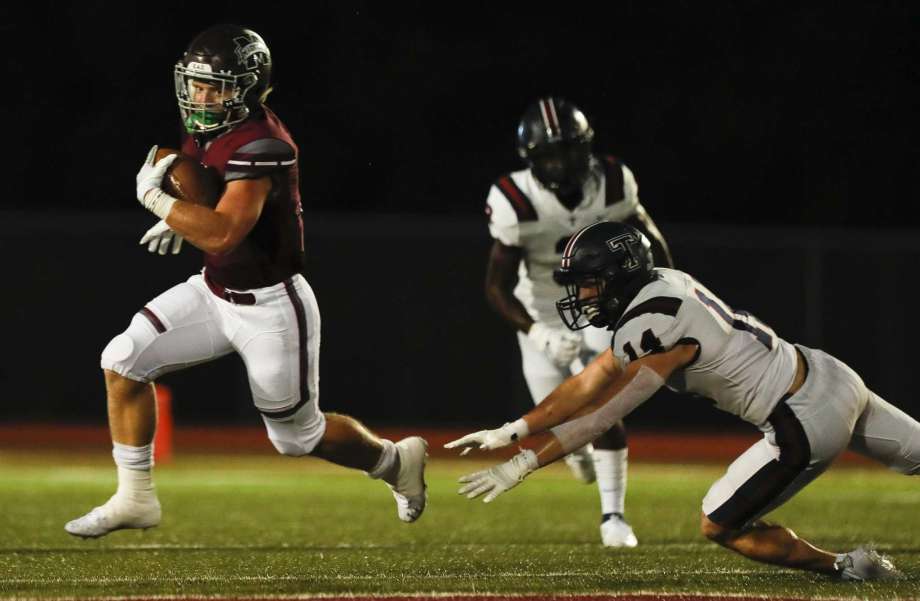 The 2020 football season for Tompkins started off with a game against Magnolia high school on Friday, Sept. 25. Tompkins’ students and staff members left the game satisfied as the falcons had beat the bulldogs by a score of 24-21.

“We played ok, [we] made some mistakes that we were able to overcome,” said Coach John Robinson. “I am proud of how our guys rallied together to play well enough to win. The other team (Magnolia) is a seasoned team with a lot of senior leadership as well.”

Because of complications due to the coronavirus pandemic, the season was started a month late, moving back from Aug. 3 to Sept. 8. Team meetings are being held in larger areas in order to ensure social distancing, and masks are required for coaches and athletes at all times unless a helmet is on.

“It has definitely become a new normal but the coaching staff and players have done a great job at adapting to what is expected of them,” said Robinson.

This first football game was different because of the time gap between seasons, and the fact that everyone has had to get accustomed to the game atmosphere again. But Tompkins players proved they were prepared to start a good season, despite this years’ challenges.

“It was a good start to the season because we got a win even though we didn’t play like we wanted,” said Robinson. “It allowed us to see the mistakes that we made and learn from them moving forward.”

The stadium was crowded with students, parents and staff members cheering on Tompkins’ athletes out on the field. Even during a pandemic, the support Tompkins has for their football team has stayed stronger than ever.

“The crowd and the band were great as always, I love the support the kids of Tompkins give each other at sporting events,” said Robinson. “It is awesome to see because that doesn’t happen anywhere else.”

“We work on the fundamental things that are important in football like communication, effort, technique, and a whole host of other things,” said Robinson. “Practice also helps us to see what the other team is trying to do to be successful.”

After this win against Magnolia, Tompkins’ coaches and athletes hope to keep up the good work and keep a winning streak throughout the season. With their hard work and effort, the football team will push to make this year’s season one to remember.

“I am excited for the rest of the season and watching all of our teams play from Freshman, to JV, to Varsity,” said Robinson.