Avery Hodge Steps Up to the Plate 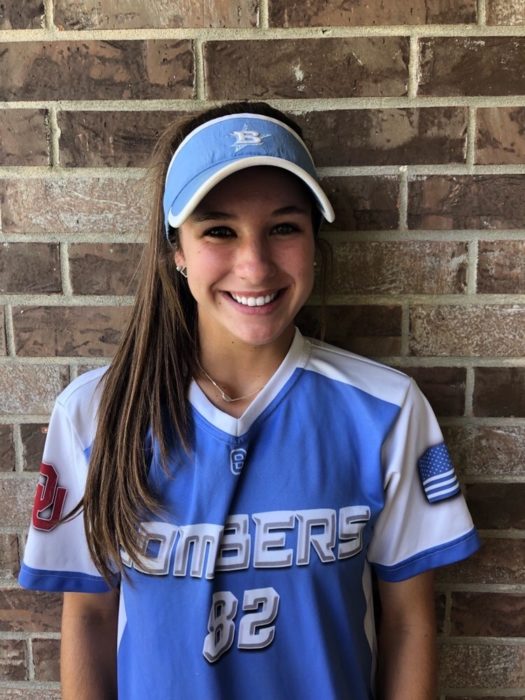 The hot Texas sun beams down as sophomore Avery Hodge hits her first pitch of the season. This year is not like all of the others. This year Hodge is not only a part of the Tompkins softball and volleyball team, but she is now a part of the USA U-18 softball team as well. She enjoys the game and commits to every part of what she is doing.

“I have been playing softball for about 11 years because it is something that has run in my family,” said Hodge.

Since she was a child, Hodge has always had an interest in the game. Growing up, softball was something that was routine as she watched her older sister play and continue through into college.Throughout this time not only has she enjoyed playing, but it has also taught her many lessons along the way.

“It is definitely difficult to balance school and softball, but it requires a lot of time management and the knowledge that school always comes before softball,”said Hodge.

Having been in softball for so long Hodge has had to learn how to manage her time between school, volleyball and softball. Since she has been playing for the past 11 years it has now become the new normal. As a high school sophomore, homework load tends to pile up even when not in sports, but as Hodge makes her way through each season she continuously manages to split her time evenly between all three.

The biggest difference now though is the difference between the USA team and the school team. Like any other national competing player, the pressure is greater when knowing that you are playing for your country.

“To be selected I did not go through a tryout process. My coach texted me to look out for an email from the organization,” said Hodge.

As big of an honor it is to be selected to join the USA team, it was a surprise to Hodge. Not knowing that they were even scouting her, she received a message from her coach letting her know to be aware of an email coming from the team. The values and qualifications that need to be up held to even be considered for the team is teamwork, fairplay, common good, promotion and education and sportsmanship and civility. Not only are these things needed when entering the team, but they are also expected to be continued throughout the players time on the team.

“Being scouted at a young age was less pressure because I knew that I had time to choose which path school I wanted to go to,” said Hodge.

Having played softball at a higher level for so many years, being scouted by colleges was inevitable. Hodge entered high school with many different offers and she had a big decision to make. To Hodge this decision did not seem to be hard, so when it was time to commit, she chose Oklahoma University.

“Committing was not very hard because I already knew that I wanted to play softball in college and being on a D-1 team has always been my dream,” said Hodge.