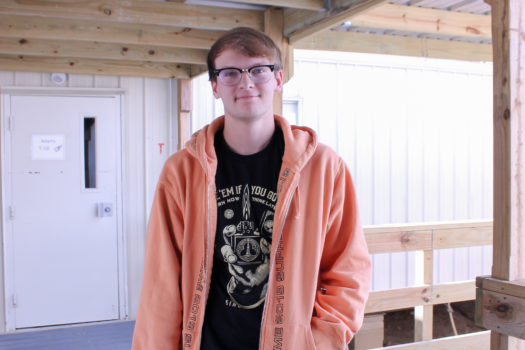 An 18-year-old pulls into his driveway after a long four months away at college. As he closes his car door, the university logo dangling from his mirror swings back and forth over the dashboard. As he walks toward the door, he passes another car in the driveway with an identical logo in the form of a bumper sticker and a sign on the lawn. For some students, their college experience is more familiar as they head to universities that their family has attended. Senior Jack Shaffer is no different as he plans to attend Texas Tech University, the same campus his parents walked years before.

Shaffer’s family runs Tech red as his parents attended the school and now currently his cousins study there too. He learned about his acceptance on Sept. 22 and only a few days after, he determined he wanted to further his education there. His family reacted in different ways to the news of his decision. His aunt reacted in a celebratory manner as she sent gifts and his parents took action on the specifics of his future education.

“My parents reserved my dorms, but my aunt is the most excited because her kids go there,” said Shaffer. “She got me red and black balloons and candy the day after I told her.”

While some students do not have a second thought about attending another university than the one they were raised with, Shaffer was thinking about other options. Shaffer was considering Texas A&M, however a factor concerning his major ultimately made him decide against it. An undergraduate degree at Texas A&M would require him to transfer in order to complete postgraduate school. With this and other factors in mind, Shaffer decided to pick Texas Tech to be his future home. Shaffer plans to major in pre-pharmacy and head to a pharmacy program after his undergraduate.

“My parents really did not push me towards any schools; they let me make my own decisions so I would say they were not a huge factor,” said Shaffer.

Overall, Shaffer was not pushed to attend his parents’ alumni, however he is excited to join his current and past family presence at Texas Tech University.

“My cousins actually go to Texas Tech, so I am pretty excited to spend time with them there,” said Shaffer. “But mostly I just cannot wait to live on my own.”