A Project for Better Journalism chapter
The Nestline
Sports, Winter

Tompkins Boys’ Basketball Battle it Out Against the Tigers 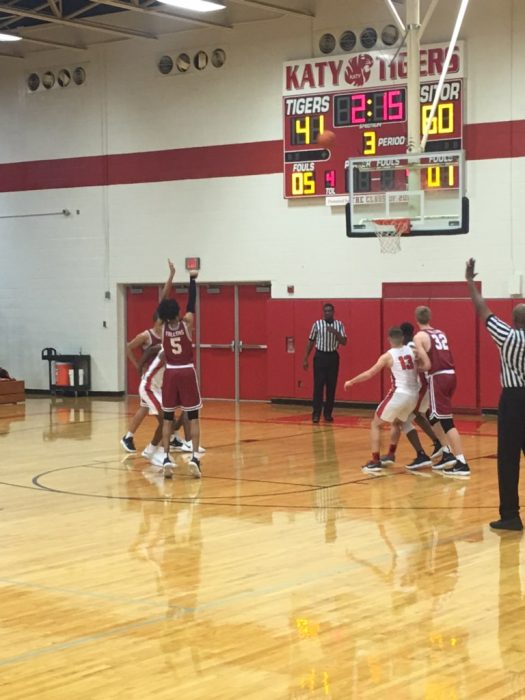 Friday, Jan. 5, the boys’ basketball put up a dominant road win against the Katy Tigers with a final score of 81-64. Tensions were high Friday after the fight that broke out last year when the Falcons played the Tigers at home. When the Falcons had a commanding lead late in the game, a shoving match between two players turned into fans from each side running onto the court. Spectators were on the edge of their seats not knowing if another brawl would break out on the court. The Falcons were able to prove they were the better team with a 17-point victory over the Tigers.
“With our recent history against them [Katy] we had to keep our minds focused on winning, the game was very intense and it felt great coming on top with a victory,” said senior Will McFarland.
While putting up a big lead against the Tigers, the Falcon Fanatics began to leave their mark. The Fanatics started their chants and made noise, cheering for their Falcons. The players began to play off of the energy coming from the student section. With the crowd’s support, the team was feeling confident in the ability to make shots and make stops on defense.
“We definitely played off of the crowd’s energy during the game. We really enjoy having the fans involved in the game. It gets us hyped up to play well,” said McFarland.
After an electrifying victory, the boys gained some moment going into their next game. Coming off of a win like that against a team they have history with, gives the team confidence and motivation as the roll into their games to come. The boys still have a lot of basketball left to play this season.
“Hopefully, we can continue the success throughout the season and make a run for state this year,” said McFarland.
The boys will play Katy again Jan. 30 at the OTHS gym at 7:00 pm. 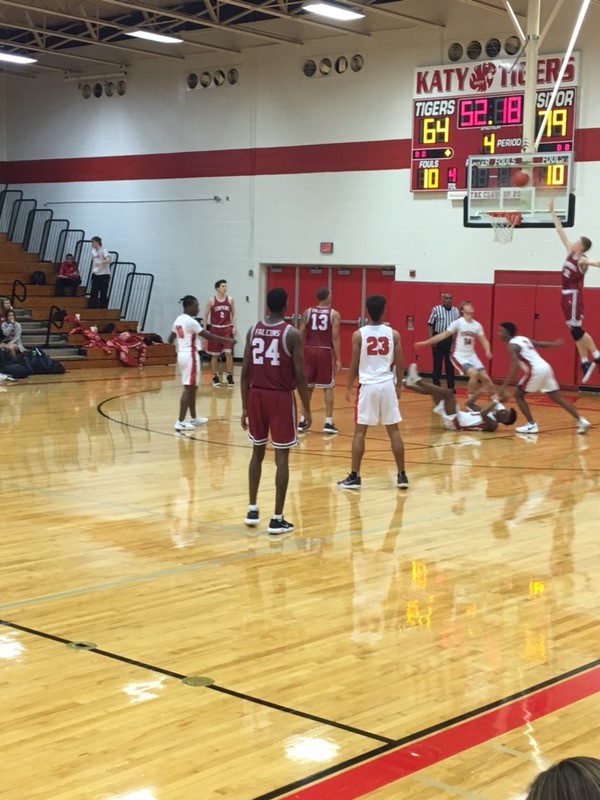