A Project for Better Journalism chapter
The Nestline
Showcase, Sports

Swimming and Diving Are State Bound 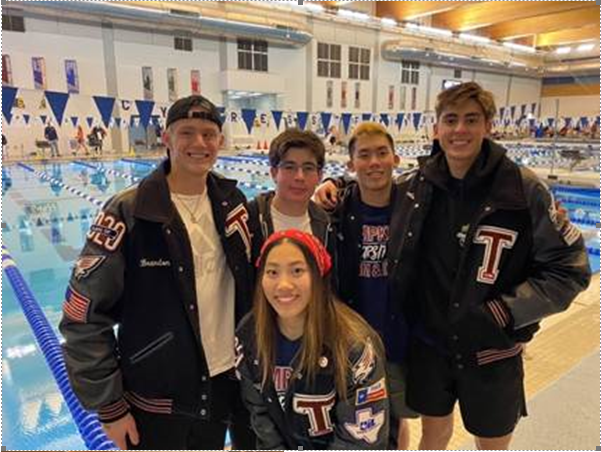 ▲
The swim team at the regional competition
Contributed

▲
The swim team at the regional competition
Contributed

After the recent regional competition, eight contenders are heading to the State meet in a couple weeks, including one diver, five swimmers, and two alternates.

In addition, several school records were set. Spanning the entire season, the two teams broke 6 records, and at Regionals every competitor made it to the final round. The Boys 200 Medley Relay set a new time and received a consideration for All American.

Matthew Aigner became the first diver, as well as the first in the program, in Tompkins history to take home first place at a Regional meet.

The state competition will take place in Austin, Texas in two weeks and these students will be competing: