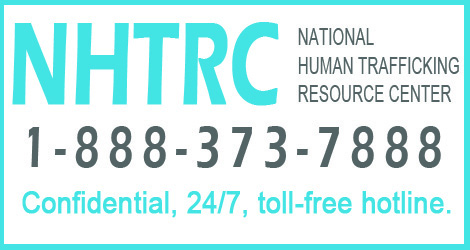 As the growth of human trafficking multiplies, it withdraws the warm and comforting feeling that Katy is a safe and welcoming place. It is important that students retain knowledge of what human trafficking is and how they can prevent becoming a possible victim.

Human trafficking is the business of stealing freedom for profit. In some cases, traffickers will delude, or physically force their victims into facing illegal or unacceptable conditions. It can happen in any community and victims can be any age, race, gender, or nationality. Human traffickers recruit, harbor, transport, obtain, and exploit victims – often using force, lies, threats, or even psychological compulsion. Traffickers employ a variety of control tactics, including the promise of a loving relationship, a high paying job, or new opportunities. In other cases, they may kidnap victims, use brutality or substance abuse to control them.

The United States is ranked as one of the worst countries in the world for human trafficking. Certain areas have a higher rate of trafficking cases reported to the national human trafficking hotline. For instance, among the 50 states, Texas ranks second (after California) in terms of human trafficking. As the I-10 Corridor is the number one route for sex trafficking in the US, with the stretch from Houston to El Paso ranking as a top area.

Recognizing key indicators of human trafficking is the first step in identifying possible victims and can help save a life. To prevent being a possible victim, take note of a few safety methods: Always be vigilant of your surroundings, especially when travelling alone or in a small group. Do not hesitate to keep pepper spray or a taser on you, while it may seem extreme, it could come in handy. Be sure to park away from vans while some vans lock from the outside making it impossible to escape once inside. And always trust your instincts. Human trafficking rates are intensifying, it is important to tread smart and carefully.

Do not hesitate to alert police of your suspicions, and give friends and family members a description of the potential perpetrator. If you are in danger, dial 911 or contact the national human trafficking hotline 1-888-373-7888 or text “HELP” at 233733.

What to do if you are being followed: