Cultural Highlights of the Decade 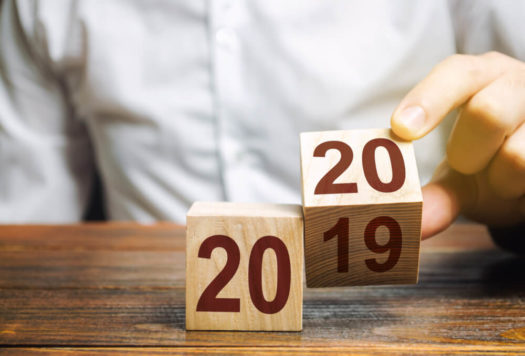 On Jan 27, 2010, Apple released its first ever tablet computer. The device was also the first Apple product to run on an A4 processor, a then new processor developed by the company. Almost a decade later,  iPads run on dual core A5X processors, and A4 processors are seen as archaic. The iPad sold for anywhere from 499-829 dollars, depending on storage space and  network capabilities. The product has since been discontinued, and 20 different models (so far!) succeed it. The iPad is representative of a new, more tech-focused lifestyle and the rapid evolution of technology that has shaped our decade.

In July, ‘Harry Potter and the Deathly Hallows, Part 2’, the last movie of the 6 billion dollar saga, hit the box offices. The film received rave reviews and marked the end of the Harry Potter franchise, which started with the books and ended with the movies. The series was a part of an entire generation’s childhood and brought millions of fans together. The end of the franchise was truly the end of an era, though the stories live on today.

If you’re a teen in 2019, chances are you remember your first time seeing the silly but fun Gangnam Style music video. Maybe your cousins showed you it at a family reunion, or your older sibling made you watch it after school one day; maybe you were first introduced to that crazy beat during recess or dance practice. If you’re older, there’s still a good chance you’ve seen it, and you’d definitely recognize the song. Because of PSY’s unique dancing — a galloping move known as the Giddyup — and the catchy beat of the song, the Gangnam Style music video was the first Youtube video to gain a billion views in Dec of 2012. It went on to gain almost 3.5 billion views, and held the record for most-watched Youtube video until 2017. The song and accompanying music video became more than a sensation, it firmly centered itself in American pop culture and made Youtube history in the process.

Pope Benedict XVI became the first pope to join Twitter and tweet in Dec 2012. He chose the handle (@pontifex), which means ‘bridge-builder’ in Latin, symbolizing the Pope’s intentions of connecting the religious world to the 21st century. Pope Benedict’s first tweet read, “Dear friends, I am pleased to get in touch with you through Twitter. Thank you for your generous response, I bless all of you from my heart.” He tweeted it on the steps of the Vatican surrounded by an excited crowd. Since then, Pope Benedict and his successors have been updating Twitter ever since, connecting the usually traditional church to modern people and illustrating how far-reaching social media becomes.

The Ice Bucket Challenge, where people dumped buckets of ice water on their heads for social media, became an internet sensation in 2014. The challenge was started by the ALS Association in an effort to raise money and awareness for the disease. ALS stands for Amyotrophic Lateral Sclerosis; the disease kills nerves in the spinal cord and brain and is fatal. Videos of people participating went viral, and celebrities like Oprah Winfrey and Taylor Swift participated. The ALS association has raised 115 million dollars from the challenge since its start in 2014. Sadly, Pete Frates, the driving force and icon behind the challenge, died this year after a long fight with Lou Gehrig’s disease and later ALS. His friends and family describe him as “inspirational” and a “natural-born leader”, and his efforts through the ALS Ice Bucket challenge caught the attention of the world.

With all the social progress and change people have brought about in this decade, it’s hard to believe that the country didn’t have marriage equality until 4 years ago. A Supreme Court case in June 2015 caused the change; In a ruling for the case of Obergefell v Hodges, the Supreme Court declared states’ same-sex marriage bans unconstitutional, effectively granting marriage equality and raising the number of states where gay marriage was legakl from 37 to 50. Celebrations broke out across the country: gay couples headed to city hall to finally tie the knot, the white house glowed rainbow for the night, and then-president Obama called the ruling a “victory for america”. This monumental decision and the advancement that the LGBTQ+ movement in America has made since gives hope for years of progress to come.

In 2016, everyone went crazy for Hamilton. While Lin-Manuel Miranda first debuted the rap musical in 2015, it wasn’t until 2016 that people really started taking notice. Hamilton was inspired by a 2004 biography and tells the life of Alexander Hamilton with rap, R&B, pop, and soul influences and a non-white cast. It’s been described as “America then, as told by America now”. The show was a hit on Broadway and made a nationwide tour. Hamilton has eleven tony awards, including Best Musical, Best Score, Best Choreography, Best Costume Design, Direction, and many more. The musical is an inventive and inspiring piece of art, and represents the ever-changing and more inclusive version of Broadway that has been created in recent years.

In August 2017, the first total solar eclipse visible across the United States in 99 years occurred. The 7 minute cycle of the moon overlapping the sun gradually dimmed the sky until it was dark. This darkness, known as the Totality, caused the temperature to drop and the stars to come out. Birds were confused, and people were in awe. Everyone in the United States stopped, watched the wonder of our universe, and had a truly human, once-in-a-lifetime experience together. The way people were brought together through something so simple, yet magical, is a testament to the wonder of nature and how humans are affected by it, even in the modern world.

On May 19, 2018, Prince Harry and Meghan Markle married while millions of Americans watched on livestream. They discussed it on social media during and after, discussing Meghan’s dress and Harry’s tux and the decorations: anything and everything. Their wedding made history because Meghan is the first duchess to be an American, a woman of color, an actress, and also divorced.

Avengers Endgame, which came out in April 2019, was the perfect way to end the decade. After 3 Avengers movies and 7 years, the action-packed, comedic series ended with a bang. In the movie, the surviving members of the Avengers attempt to reverse to destruction caused my Thanos in infinity war. Fans broke records buying tickets to the movie, and loved it. Tons of storylines and character arcs come to a satisfying end, and sappy moments made people who’ve been watching since the beginning to cry. After the death of Stan Lee, many fans are gratified to see his legacy carried on in such a way, and Avengers Endgame became the cinematic experience of the century.