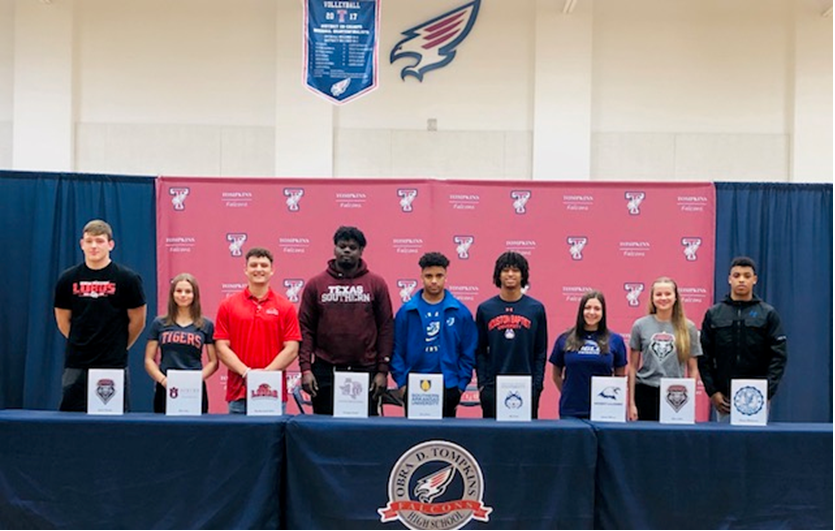 Nine seniors formally signed with colleges on February 5. They are continuing athletics at their respective universities below.

The following were present at the event (Left to Right):