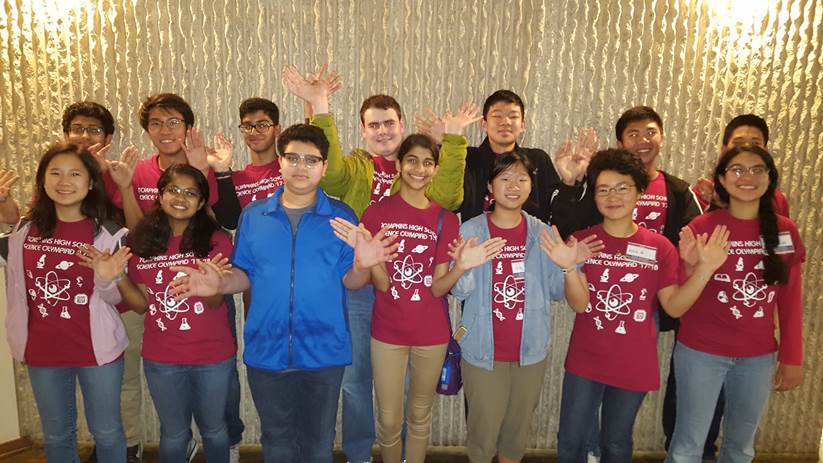 On April 20 and 21 the Tompkins Science Olympiad team placed fourth in the state competition. The team is young but talented and are coming close to a top finish in the state. The team had another freshman state champion this year. Congratulations to the following students medaled in their respective categories.

Varsha Kumar and Srikar Ganti placed first in game on.