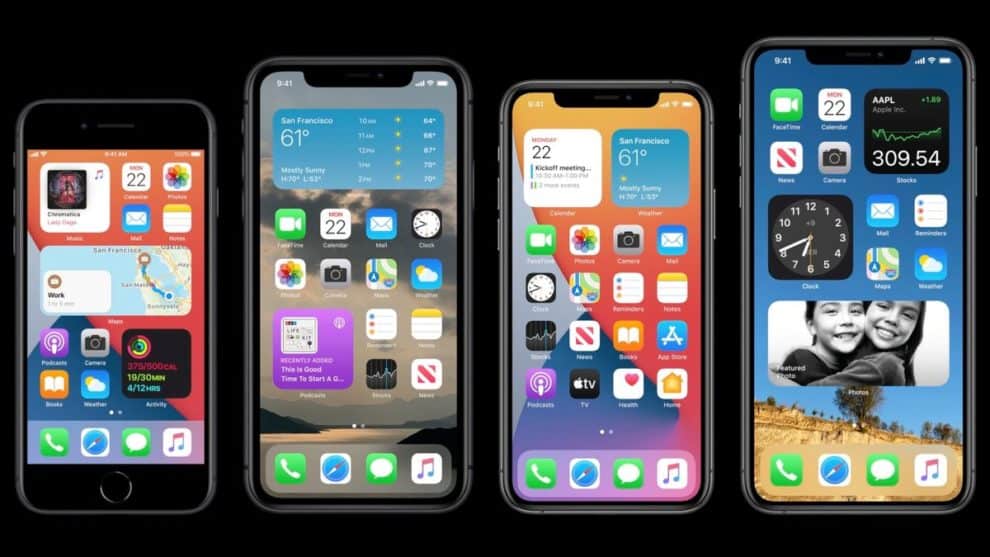 Apple has been teasing users with the release of IOS 14 for months now. While the original release date was on Sept. 16, many users were able to experience these features beforehand through the Beta Software. Now widely available, IOS 14 is compatible with any iPhone past the 6s model. Whether downloaded on Beta or on the original release date, everyone now has the opportunity to experience these same exciting features. These new features have completely changed the look of the iPhone. With updating their phone users will be able to observe and experience these new changes:

Widgets: One of these new changes include the release of widgets. Widgets give the home screen a variety of shapes and make suggested apps more accessible to the user. There are many different widgets that users can choose from to add onto their home screen. Some of the most used include, the clock widget, the weather widget, and the revolving photos widget. Displaying these applications in a different shape allows users to not only easily access, but also view the app’s content while they are on the home screen.

The App Library: The App Library is also another feature that has changed the look of the home screen. With this new library it allows users to clean up their phone screen and hide the applications that they rarely use, making it easier to find their most used apps. This will file away these apps and organize them systematically based on the usage and contents of the app.

Changes to Messages: IOS 14 has brought many new features to the messages application. Now, users are able to pin conversations to the top of their screen making it simpler to access these conversations without having to look for them. They will stay up on top no matter how long ago they have been used. Another feature that is new to messages is the ability to directly reply or tag one person on a group chat. With this new feature, users can efficiently converse in group chats without getting confused in the possible overflow of messages. Also, we are now able to search for emojis while texting. This feature allows users to easily find emojis by filtering them through search without having to scroll through all of the emojis.

Picture in a Picture: This new “Picture in a Picture” feature has allowed users to be on multiple applications at the same time. For example, while watching a show on Netflix they are still able to browse their phone while a small screen in the corner is playing the show simultaneously. Users can even change the size of this small screen to make it as big as almost one-third of their screen.

These new features have given users various amounts of accessibility and made it even simpler to use iPhones. The IOS 14 has thoroughly impressed and has introduced many intriguing features.