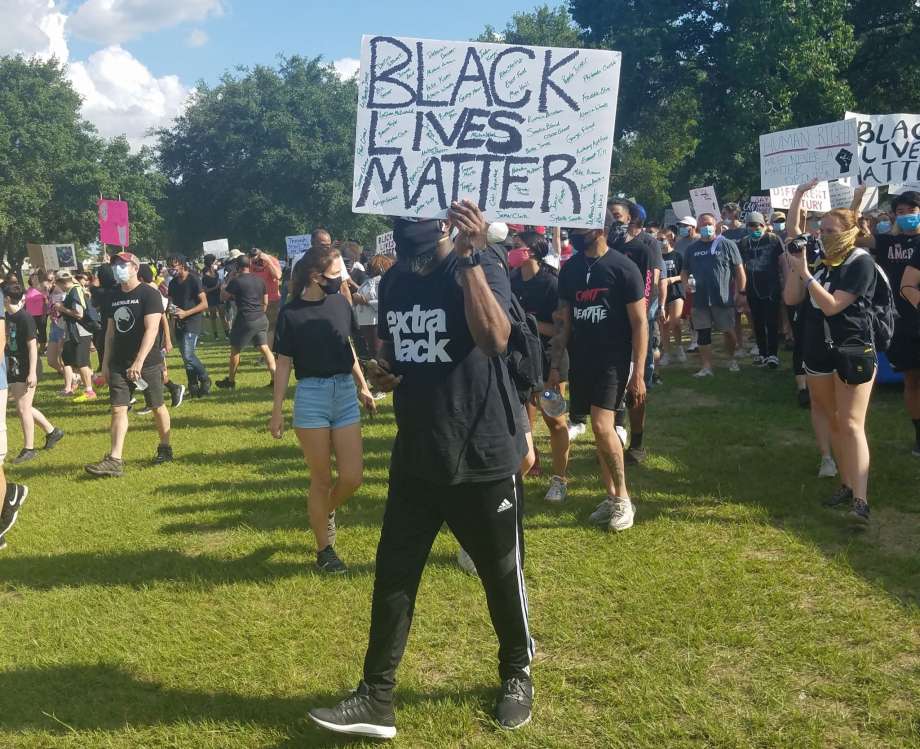 As the day begins to end, the sun starts to set along the horizon. The sound of feet hit the ground, as the streets of old Katy are engulfed by a sea of unique posters. Chants and speeches were made to advocate and spread the word for racial justice.

The Black Lives Matter movement has taken off and spread to each corner of the world, including Katy. The movement itself is advocating for equality among people of color and to put the spotlight on the true injustices of the community. The goal is to face the eyes of society and the justice system to hear the call for change.

Senior Sofia Mckinley was one of many students around the Katy area that attended the Black Lives Matter protest that was organized by a small group organization called, Katy 4 Justice.

“I went to the protest because seeing the racial injustice happening in the police system and also a good opportunity to voice my views on what is currently happening within our community,” said Mckinley.

In this day and age, it is important for many people to talk about what is going on in today’s society and the wrongdoings of it. Also, it is a great way to learn about why these events are still happening and what one can do to help spread the message of the injustices that are happening across the country.

“Many friends including myself have posted on social media and signed petitions and uploaded posts that were very informational and relevant to the movement to spread awareness to others who don’t really understand what is going on,” said Mckinley.

Social media outlets such as Instagram, Tiktok, Twitter and Snapchat have helped recognize the issues of racial injustice and provided information on how one can make a difference by signing petitions or when the next protest will take place. Even though this is an unexpected time in history, the Black Lives Matter movement has brought all of us together.

“This movement will change us as students to unify and to be supportive over one another during times like these,” said Mckinley. “It really opened my eyes to all the bad things that were going on in America right now and it made me feel happy that so many people wanted to make a change as well advocating for it.”