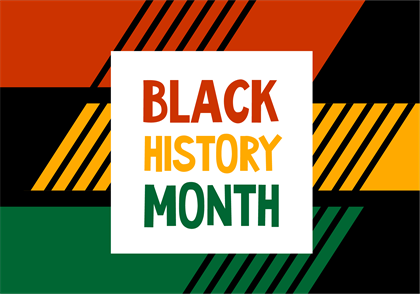 The celebration of Black History Month began in 1926 and was created by Carter G. Woodson. It became a month-long celebration in 1976. The month of February was chosen to coincide with the birthdays of Frederick Douglass and Abraham Lincoln. The month was made to honor the spectrum of people who fought the system during times of segregation in the United States and helped show others that anyone and everyone can do anything they dream of, even if the odds are against them.

Many people contributed to the making of Black History Month. It began in 1915, half a century after the Thirteenth Amendment abolished slavery in the United States. Since 1976, every U.S. president has officially designated the month of February as Black History Month. Other countries around the world, including Canada and the United Kingdom, also devote a month to celebrate black history. Carter G. Woodson created Black History Month to honor the hard workers in the past and as a way of remembering important people and events in the history of the African diaspora.

‘In recognizing the humanity of our fellow beings, we pay ourselves the highest tribute,’ stated Thurgood Marshall, the first African American U.S. Supreme Court member.

‘For to be free is not merely to cast off one’s chains, but to live in a way that respects and enhances the freedom of others,’ stated Nelson Mandela.