A Project for Better Journalism chapter
The Nestline
Features, Humans of OTHS, Uncategorized 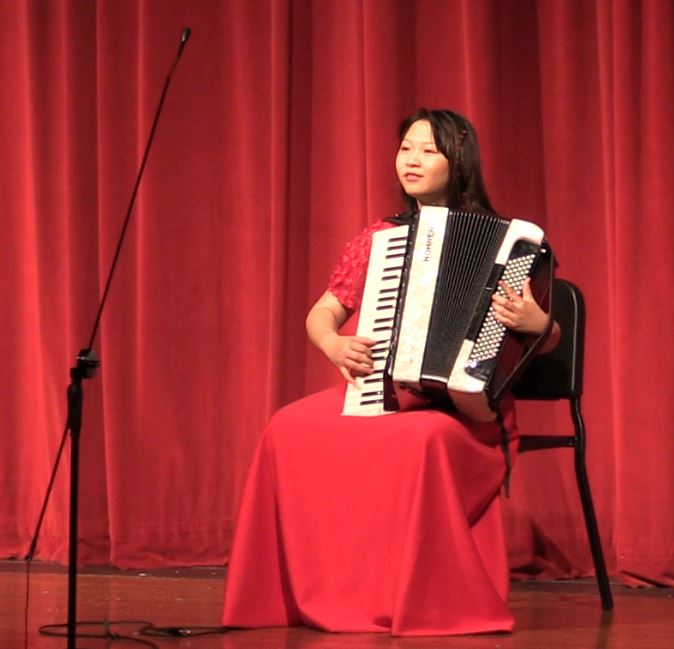 The Falcons Got Talon(t) show had students showing off their many talents and competing for first place. All students brought something unique to the table making it difficult for the judges to choose the best. There was also a lip sync battle between teachers, after the main acts which brought people to their feet in excitement.

The show started with the MC’s, junior Anna Belin and senior Daniel Quintero introducing the judges, Thunajjina Uddin, biology teacher, Alexis Clowtis, who also teaches biology, and  Grimm, art teacher. Then they introduced the many acts that the audience would soon be seeing. Acts ranging from singers to dancers to a silks artist. The show had students from all grades competing to win first place, but only one could take the prize.

The first act was junior Tyler Diehl with an acoustic rendition of Green Day’s, “Good Riddance”. Next up was junior Pedro Prudencio on his viola playing “Carnival of Venice Variations.” Following him was senior Nicholas Kao on the piano playing “Talking to the moon” by Bruno Mars. Then sophomore Rajat Sarkar singing “In My Blood”by Shawn Mendes. Afterwards was junior Zoe Awuku dancing to “Tints”. The subsequent act was junior Emily Hanna playing “Sons de Carrilhoes”on her guitar and sang along. After her, senior Daniel Quintero did a monologue from “Timon of Athens”by William Shakespeare. Succeeding Quintero was senior Tiffaney Green, a ballerina dancing along to “Lay Me Down.” After her, junior Alexa Smith sang “Prom Queen” by mxmtoon while dressed in a prom dress. Following her, was freshman Yunchang Ge who played an excerpt from “Taking Tiger Mountain”on an accordion.

During the intermission, Belin and Quintero cracked jokes while reintroducing the judges and gave people time to get something to eat or drink before the next act began. Proceeding the intermission juniors Jazmin Snow and Sonnie Kimani performed “Never Enough” from the The Greatest Showman with Kimani singing and Snow performing aerial silks. Senior Jackson Hill followed singing “One Man Band”by Old Dominion. Up next were seniors Lucy Curling and Madeline Porter who both sang “What Is This Feeling” from the Broadway musical Wicked. Following them was the duet of seniors Lauren Bustos and Victoria Reyes singing an english translation of the song “Peek-a-Boo.” Succeeding  their act was sophomore Michael Chung on the piano playing “Ocean” by Chopin Etude in C minor. Next was junior Reese Henrick performing “What Do You Do With Your Hands.” Following her was sophomores Bhavika Chandak and Karnika Choudhury danced to “Ghar More Pardesiya” from Kalank. Then a trio of freshman, Jordan Rosamond, Armaan Chardha, and Harshith Sadhu started off rapping with a box and revealed their real talent was the bass, cello and violin and performed songs from the Super Mario Bros theme to “Lucid Dreams” by Juice WRLD. Next was junior Christine Tran who played guitar and sang to a Daniel Caesar mash-up. The final act was senior Leticia Luna who sang “Still Into You” by Paramore.

While the judges tallied their scores, a Lip Sync Battle ensued led by Forensic Science Teacher Stephanie Chronister dressed like Freddy Mercury who sang along to Queen songs against Theatre Director Mark McManus and Assistant Principal Jay Matthew, who sang along to “Old Town Road, YMCA, and All I Do Is Win.” It ended with the audience voting McManus and Matthew the winners, then the judges returned and gave the students their awards.

The Honorable Mentions were Awuku and Green for most elegant, then Snow and Kimani for Showmanship, and Rosamond, Chadha, And Sadhu were rewarded Unpredictable. In third place was Henrick, second was Tran, and finally in first place was Ge.