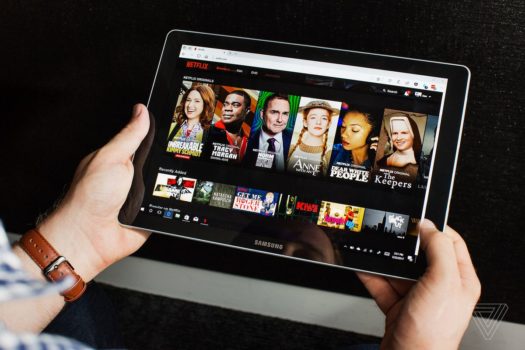 Netflix is a media-services provider loved by all. Did you know ​Netflix is the world’s seventh-largest internet company by revenue? Although it has great shows and movies, Netflix tends to get rid of them in a certain amount of time. They do this when their licensing agreement with the content provider is about to end and they can’t keep it on there for longer. So no, they don’t just do this to upset their viewers. Here are some movies and shows leaving Netflix this month.

The Lord of the Rings- The Lord of the Rings
​ is a two-movie fantasy series that centers around “The Ring of Power” and how they are trying to get it. Both movies are being taken off Netflix on Nov. 1. These movies have been famous ever since they were released. The first movie came out in 2002 and the second movie came out one year later in 2003. Although viewers are sad to see them go there are lots of other places you can find these movies.

​Scream- Scream​ is a horror movie loved by all. It was released in 1996 and is still watched by people all over the world. While it is a horror movie, it also has some comedic parts for the audience to enjoy. This movie is being taken off Netflix on Nov. 1 so viewers could still watch it one last time on Halloween night.

The Mickey Movies-Can you believe it? They are taking all of the Mickey Mouse movies off of Netflix. These movies were released in the early 2000s and are still fun to watch sometimes for a little bit of light humor. They are also being taken off on Nov. 1. This is a bittersweet moment for all of the viewers who grew up watching these movies. They can still be found in other places like different websites or on DVD.

​The Sixth Sense- The Sixth Sense​ is a drama and mystery movie about a young boy who is haunted by a dark secret. He tells his ​psychologist​ about it and he is determined to uncover the truth about the boy. This movie was released in 1999 and is being taken off of Netflix on Nov. 1 as well. It is still available to watch around Halloween time and is the perfect mysterious movie to fit the season.

Blue Bloods- Blue Bloods
​ is a 10-season American drama series about a family of cops and how they figure out life and solve mysteries together as a team. This series was released in 2010 and is still coming out with episodes. It is said to have been picked up for two more seasons, but is being taken off of Netflix on Nov. 5. Although it is being taken off of Netflix, viewers can still watch it on CBS where they air episodes every Friday night.

Watching these shows and movies leave Netflix cause many viewers sorrow, but there are always other places you can find them. Netflix is required to take certain things off, but they have said they are trying their best to add many great new shows and movies in the new year. Look forward to seeing new things on Netflix very soon.