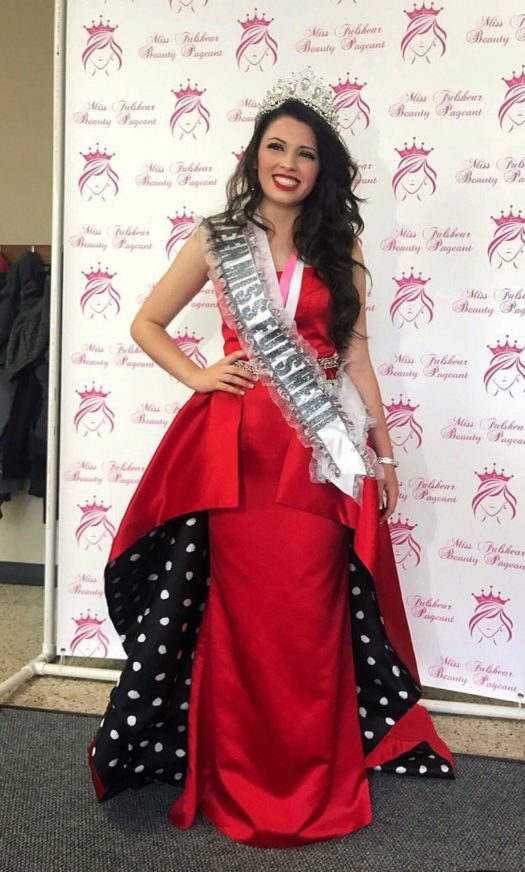 The sight before junior Taryn Cornell was a familiar one. Judges crowded around an ebony stage, stacks of lined paper firmly balled in the palm of their hand. Onlookers eagerly watched from their sea of velvet chairs, their necks outstretched in an attempt to catch a quick glance of the participants. By her side stood a row of girls clothed in elegant evening wear and silver jewelry. After a round of applause, the host called for the next participants to come forward. Cornell walked towards the panel of judges and smiled, her lipstick glittering under the light. She opened her mouth and began to recite the speech she had practiced so many times before.

“Participating in beauty pageants allows me to become more confident and embrace my flaws,” said Cornell.

Cornell was inspired to start competing in pageants by her father, who modeled in Italy during his youth. Unlike her father, Cornell prefers to work within the country and competes locally. Last year, the Texas Crown Productions gifted her a scholarship to enter the Miss Texas USA system. Under the guidance of both companies, Cornell won the 2018 Miss Fulshear competition and placed second in the Southeast Texas USA pageant.

“I greatly enjoy attending beauty pageants because it gives me a chance to meet new people who teach me how to truly be myself,” said Cornell.

A single beauty pageant takes an entire weekend to complete. Friday begins with the judges  explaining the guidelines to the constants and then allowing the girls to rehearse the given routine for the next two hours. On Saturday, Conell prepares for the interview portion of the pageant by training with her speaking coach. She is then interviewed by a panel of five judges for two and a half minutes. The interview is directly followed by the the athletic section where the participants wear leggings and sports bras.

In the evening, Cornell will dress in an evening gown and prepare for the catwalk with her runway coach. During the last day of the contest, the judges will eliminate the girls until they have the top five and watch as they repeat the performance on the runway and the interview. The last step of the beauty pageant is choosing the winner and runner up.

“The overall process can be nerve racking, but in the long run it teaches you important life lessons like how to complete an interview and how to just have fun,” said Cornell.