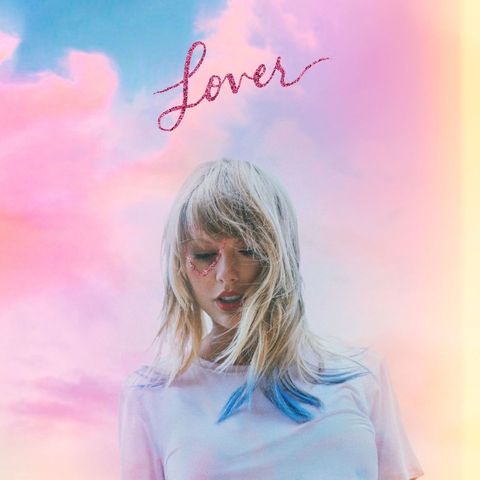 Finally, after two very long years we got the album that everyone has been dying to listen to. The wait was finally over, it was time to put the album on blast.

Taylor Swift has released her 7th album called “Lover” on August 23rd. The album “Lover” has 18 songs and is really special towards Swift because it expresses her views on feminism,  and personal experiences she has gone through such heartbreak and love.

Some songs that are popular in this album and are constantly on every radio are “You Need to Calm Down” which has a message about people that like the same gender and their rights. Another song  is “Me!” which also features Brendon Urie from Panic! At The Disco. “ I Forget That You Existed” is a great song talking about her previous relationship with Calvin Harris  and past feud with other famous people. And finally the song “London Boy” hints about her relationship with new boyfriend Joe Alwyn.

Swift has put her all on this album to make sure that everyone who had the chance to listen to it would enjoy it even if they were not superfans. She took the time to perfect her songs to make her fans and family proud.

Overall this album was executed perfectly.  It had songs that you can bop all day long and makes you want to jump on your feet. I recommend this album to people who love to hear new music or just want to give it a try. Even if you’re not really into her music, it will be life changing.

“Lover” is available in all platforms including Spotify, Apple music, and Soundcloud.