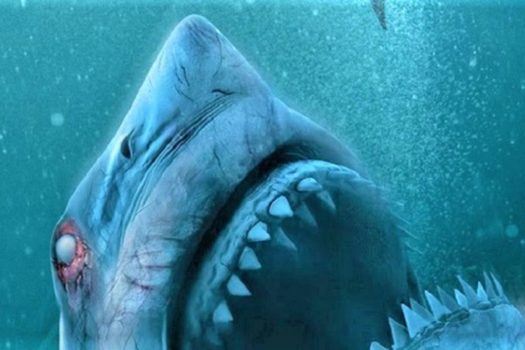 Straight from the jaws of Entertainment Studios Motion Pictures, comes the next installment of the 47 Meters Down franchise, 47 Meters Down:Uncaged. Just like the previous film, the sequel boasts oversized CGI sharks and terrified women desperate to escape their current situation. Fans of perillig shark attack movies will find the film enjoyable, however, anyone searching for a movie with any form of depth should look elsewhere.

The film follows a pair of stepsisters, portrayed by Sophie Nélisse and Corinne Foxx, struggling to accept their new family and each other. At the beginning of the film the sisters accompany two other girls on an underwater exploration into a secret Mayan temple. Their driving trip suddenly takes a turn for the worse after one of the tunnels collapses, leaving the group stranded. Now the quartet of girls are forced to battle Great White sharks, violent currents, and a crumbling environment before their oxygen finally runs out.

The majority of production issues shown in the first film are properly improved upon in the sequel. The camera work is steady and clear, fully showing the beauty of the Mexican coastline with ease. Meanwhile the mix of red and black lighting captures the tone of the film and adds to the viewers sense of dread. However, the film is still brimming with cliche dialogue and weak characters.

47 Meters Down:Uncaged takes full advantage of its surroundings in order to provide the viewer with high level thrills. The film showcases a large array of gore and jump scares. Several scenes within the film’s climax present graphic detail of shark attacks. Other bloodless scenes are still intense, such as the ending in which a woman drowns on screen. Despite the movie’s teen friendly rating, the film will shock even the most mature of adults.

What 47 Meters Down:Uncaged lacks with professional acting and decent special effects, it makes up for with cinematography and terror. The film allows viewers to experience an action movie with their friends, without the movie taking itself to seriously. Overall, the sequel barely surpasses its predecessor.